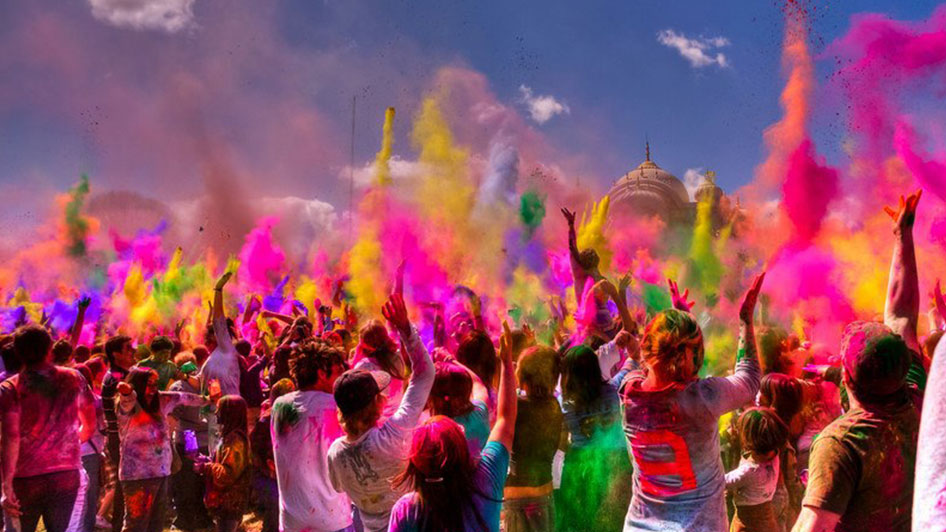 Holi, the festival of colors, brings happiness and joy to everyone’s home. This is the reason why this festival is celebrated with great enthusiasm. Here we will tell you Why is Holi Celebrated as a Festival of Colors.

Everyone will know when Holi is; But do you know what is the reason behind celebrating Holi.? On hearing Holi’s name, a feeling of happiness and joy arises in the mind. Holi is a festival of colors in which, from children to old people, join and celebrate this day with great pomp and happiness. Hence this festival is also called the festival of all happiness. There is no other country in the whole world like India where people together enjoy all the festivals.

This festival is a major and popular festival in Hindus. But yet every festival is celebrated together with love by people of every religion everywhere. Due to which this festival increases affection and brings closeness to each other.

All the festivals celebrated in our country have a mythological and true story hidden behind them. In the same way, there are many stories behind playing with colors in holi. Today with this article we will know what is Holi and why celebrate it?

According to mythology, Hiranyakashipu, a demon-possessed, was deeply troubled by his son Prahlada devotion to God. He did everything possible to divert Prahlada’s attention from God, but he did not succeed in it.

Hiranyakashyap eventually decides to kill Prahlad. He begged his sister Holika for this. It is said that Holika was given a shawl by Lord Bholenath in the boon which she would never burn in the fire.

Holika received this boon, thought that she would go to Prahlad in the fire and would cover herself with a shawl. In this way Prahlada will die from burns while the shawl will keep him safe.

However, the exact opposite happened. On this occasion, Lord Vishnu fired such a wind that the shawl flew over Prahlada. God protected Prahlada and Holika was burnt.

In this way, everyone distributed sweets as a symbol of victory over evil and the festival of Holi began. On the day of Holi, all of them celebrate this festival by forgetting the shikwe, applying color to each other.

This festival is also celebrated due to the preparation of the Rabi crop by the farmers.

The Purpose of Celebrating Holi is only to build good relations with each other and live with brotherhood.

Indian people participate in many festive activities during Holi to show their devotion to Lord Vishnu:

The most iconic activities of Holi are the throwing of colored water and powder on the streets of cities in India. It is an exciting activity that is used to show devotion and reverence to the gods, friends and family members.

Worship The Idol of Radha

Radha is a Hindu goddess and girlfriend of Lord Krishna. According to traditional stories, Radha was the first woman to get drenched in color as a show of love. To show respect to Radha, many people sing songs of Holi and perform plays near the idol of the Goddess.

To commemorate the victory of good over evil during Holika and Prahlad’s story, people make a bonfire on the eve of Holi. It is believed that these fires remind evil spirits of Holika’s demise. Burning bonfire is a joyous activity. Many people use this opportunity to dance, sing and socialize with their friends and family members. This activity is known as Holika Dahan.

Many festival-goers enjoy Holi by consuming cannabis (भांग), a treatment that is made with hemp paste. It is a traditional treatment intended to help people relax during the festival.

Related Post:- Why and How Lohri Festival is Celebrated

The night of Holi begins around midnight before Holi when the bonfire is lit. Before the bonfire, it was traditionally the job of men and boys to collect fallen wood. people Also collect leaves and burns them in bonfires as a symbol of the end of winter. Today some of this tradition is changing with the trees of the forest, unfortunately, cut down to burn. Holi colors are very special and add to the vibrancy of the day.

In the past, the natural colors were used on people’s skin which were not harmful to the skin. But many of them are now using dangerous chemicals colors that is harmful to your skin. During the Celebration of Holi, people throw scented, colored powder on top of each other or smear.  This can be very harmful as well. So all of you take a pledge from now on, play only chemical free Holi which should not harm anyone.

Lohri 2020: Why and How Lohri Festival is Celebrated