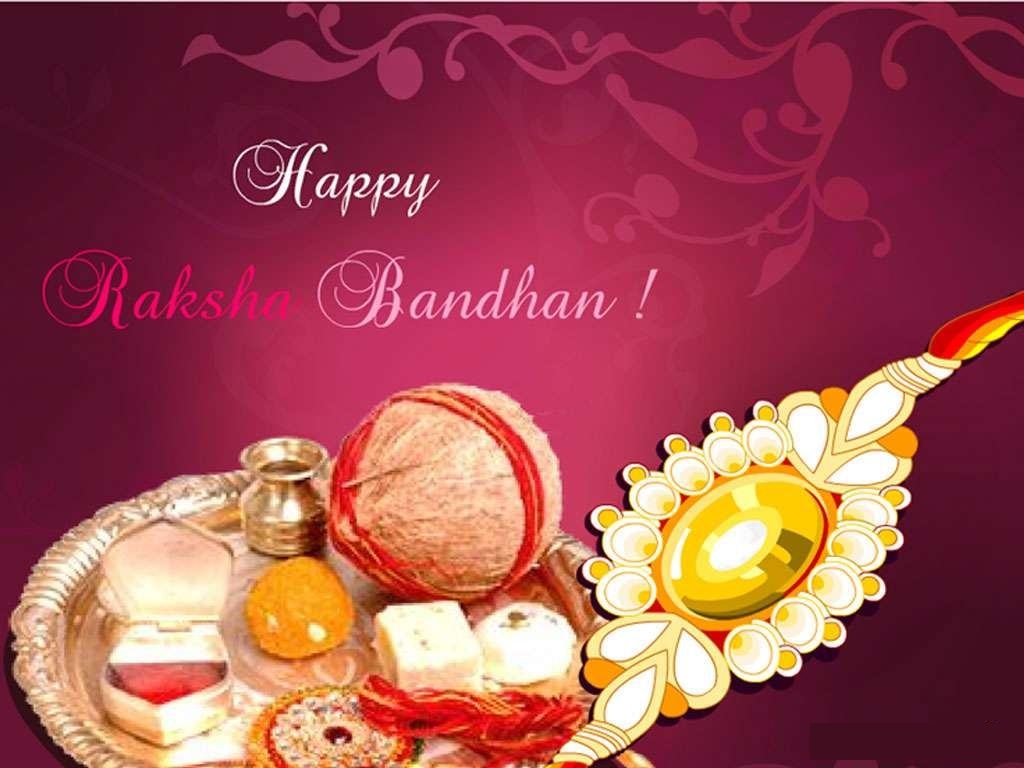 Raksha Bandhan also referred to as “Rakhi”. This festival strengthens the connection and link of siblings. In this post, we will learn more about this Festival.

It is also known as Kajari Purnima or Kajari Navami in Northern India. Raksha Bandhan is celebrated at a special Muhurta or auspicious time otherwise it is considered inauspicious. In India, people of all religions celebrate it with pomp.

Raksha Bandhan is one of the main festivals of Hinduism. This festival is celebrated with enthusiasm in different parts of the country. It is known to strengthen the bonds of siblings. Siblings of all ages celebrate it.

How Long has Raksha Bandhan Celebrated?

There are different views and stories about when the festival of Rakhi is celebrated. The most popular belief is that the festival of Rakhi is being celebrated since the time of the deities. It is believed that when there was a war between the gods and the demons and when the gods started losing in the war, then the gods went to Lord Indra and prayed to protect their lives. Seeing the Gods frightened, Indrani tied the Raksha Sutra in her hands. This increased the confidence of the gods and they conquered the demons. Tying rakhi started since then.

The festival of Raksha Bandhan is one of the major festivals of Hindus. On this day, the sisters get ready in the morning and prepare a plate of rakhi. They tie a rakhi to their brothers’ right wrist, vaccinate them, remove the aarti and wish them a long life. The brother also pledges to protect his sister and also gives some gifts.

On this day, dishes are made in homes, in which there are mainly ghevar and macaroni. The festival of Raksha Bandhan is so pure and holy that no sister and no brother wants to miss this festival, but sometimes the sisters who are away from their brothers in Raksha Bandhan due to job or for any other reason, through post office or Corriere Rakhi is sent So that his brothers’ wrists are not kept dry on the day.

How is Raksha Bandhan celebrated?

On this day, first of all, wake up early in the morning and take a bath after getting rid of daily karma.

After bathing, wear new clothes and open a rakhi purchased for your brother and keep it on a puja plate. Also keep Roli, Akshat, Tilak, Kapoor, sweets, etc. on this plate.

Brother, give your sister a gift at this time. This gift is a mandatory rule, because these gifts contain the wishes of the brothers for the sisters.

Maay You Like to Read: How Maha Shivaratri is Celebrated in India

There are Some Mythological Stories Related to Raksha Bandhan. These stories are described below.

According to the Bhavishya Purana, Lord Indra was defeated by an asura king, Raja Bali, in a battle between demons and gods. At this time Indra’s wife Saatchi sought help from Lord Vishnu. Lord Vishnu made Sachi with a cotton thread to be worn in a hand. Lord Vishnu called this ring a holy ring.

Sachi tied this thread to Indra’s wrist and wished Indra safety and success. After this, in the next war, Indra Bali succeeded in defeating the demon and took possession of Amravati again. The circulation of this sacred thread started from here. After this, women used to tie this thread to their husbands before going to war. In this way, this festival is not limited to brothers and sisters only.

Based on Bhagavata Purana and Vishnu Purana, it is believed that when Lord Vishnu defeated King Bali and took control of the three worlds, Bali requested Lord Vishnu to stay in his palace. Lord Vishnu agreed to this request. Though Lord Vishnu’s wife Lakshmi did not like the friendship of Lord Vishnu and Bali, she decided to go to Vaikuntha with Lord Vishnu.

After this, Goddess Lakshmi tied the sacrifice to brother and made her brother. On this, Bali asked Lakshmi to ask for the desired gift. On this, Mother Lakshmi asked King Bali to liberate Lord Vishnu from the promise that Lord Vishnu would live in his palace. Bali accepted this and also accepted mother Lakshmi as her sister.

Lord Vishnu had two sons auspicious and beneficent. Both these brothers had a lack of a sister because, without the sister, they could not celebrate Rakshabandhan. Both these brothers demanded a sister from Lord Ganesha. After some time Lord Narada also told Ganesha about the daughter. Lord Ganesha agreed on this and wished for a daughter. The divine light of Lord Ganesha’s two wives, Riddhi and Siddhi, led to the appearance of Mother Santoshi. After this, Raksha Bandhan could celebrate auspicious benefits with mother Santoshi. Read the story of Santoshi Mata Vrat and Puja method here.

Myths related to Krishna and Draupadi: During the Mahabharata war, Draupadi tied a rakhi in his hand to protect Krishna. During this war, Kunti also tied a rakhi on her grandson Abhimanyu’s wrist for protection.

According to another mythological story, when Yama, the god of death, did not go to meet his sister Yamuna for 12 years, Yamuna was sad and talked to mother Ganga about it. Ganga informed Yama that the Yamuna was waiting for him. On this, Yama came to meet Yumna. Seeing Yama, Yamuna was very happy and made various dishes for her. Yama was very happy with this and he told the Yamuna that she can ask for the boon she wanted.

On this, Yamuna asked him a boon that Yama should come back to his sister soon. Yama was deeply in love with his sister’s love and affection and gave the Yamuna the boon of immortality. This love of siblings is also remembered by the reference to Raksha Bandhan.

According to a great historical event, when Alexander entered India in 326 BC, Alexander’s wife Roshanak sent a rakhi to King Porus and promised him not to kill Alexander. According to tradition, when King Porus of Kaikeya saw that Rakhi tied on his wrist in the battlefield, he did not make personal attacks on Alexander.

According to another historical saga, Rani is related to Karnavati and the Mughal ruler Humayun. In the incident around 1535, when the queen of Chittor felt that her kingdom could not be saved from Sultan Bahadur Shah of Gujarat, she sent a rakhi to Humayun, who was earlier an enemy of Chittor, as a sister. Asked for help Although many big historians do not agree with this, some people refer to the earlier Hindu-Muslim unity by referring to this Rakhi incident.

May You Like to Read: Why is Holi Celebrated as a Festival of Colors

Bang Bhang and Rabindranath Tagore of 1905:

At the time when the British were adopting the policy of ‘Divide and Rule’ to retain their power, Ravindranath Tagore celebrated the festival of Raksha Bandhan for unity among the people. Looking at the unity of Bengal in the year 1905, the British government kept trying to divide Bengal and divide communalism between Hindus and Muslims. At this time, Rabindranath Tagore started celebrating Raksha Bandhan to maintain more Hindu Muslim unity in Bengal and to spread the message of unity across the country.

During the 18th century, Arvind Singh of the Sikh Khalsa Army invented a practice called Rakhi, according to which Sikh farmers used to give a small part of their produce to the Muslim army and in return the Muslim army did not attack them.

How Maha Shivaratri is Celebrated in India